During my junior year at Columbia College Chicago, I decided to help one group of seniors making their capstone game. The game in question, Chrono Dungeons, is a top-down twin stick shooter with the main mechanic being the player's ability to slow down time.

Immediately after the semester began, artists on the team began re-imagining the game's visuals, as that was previously a lower priority for the team. I contributed by creating a paint-over concept using the game's starting room as a base. Before the visual revamp, the game lacked color and distinctive textures for features like walls and pillars. In my paint-over, I aimed to establish a sense of age and importance in the dungeon's visual design while incorporating soft, warm tones that would give it the atmosphere of a Zelda dungeon. The design on the floor is meant to emulate a clock face as to not leave it completely bare, but also remained minimal as to not distract from the other elements in the room.

One of the team's main goals for that semester was to implement the final boss into the game, but they did not have a design for him in mind. Since the other artists were busy with other tasks, I decided to take on the task of designing him. The team expresses an interest in him looking like a mind flayer from Dungeons and Dragons, which inspired me to place tentacles on the final boss' face and make him purple. I also took inspiration from common necromancer visual archetypes, which was the source of his dark robes, hood, and green accent color. Both he and the main character have horns and hoods, which implies a relationship between the two through their visual similarities. 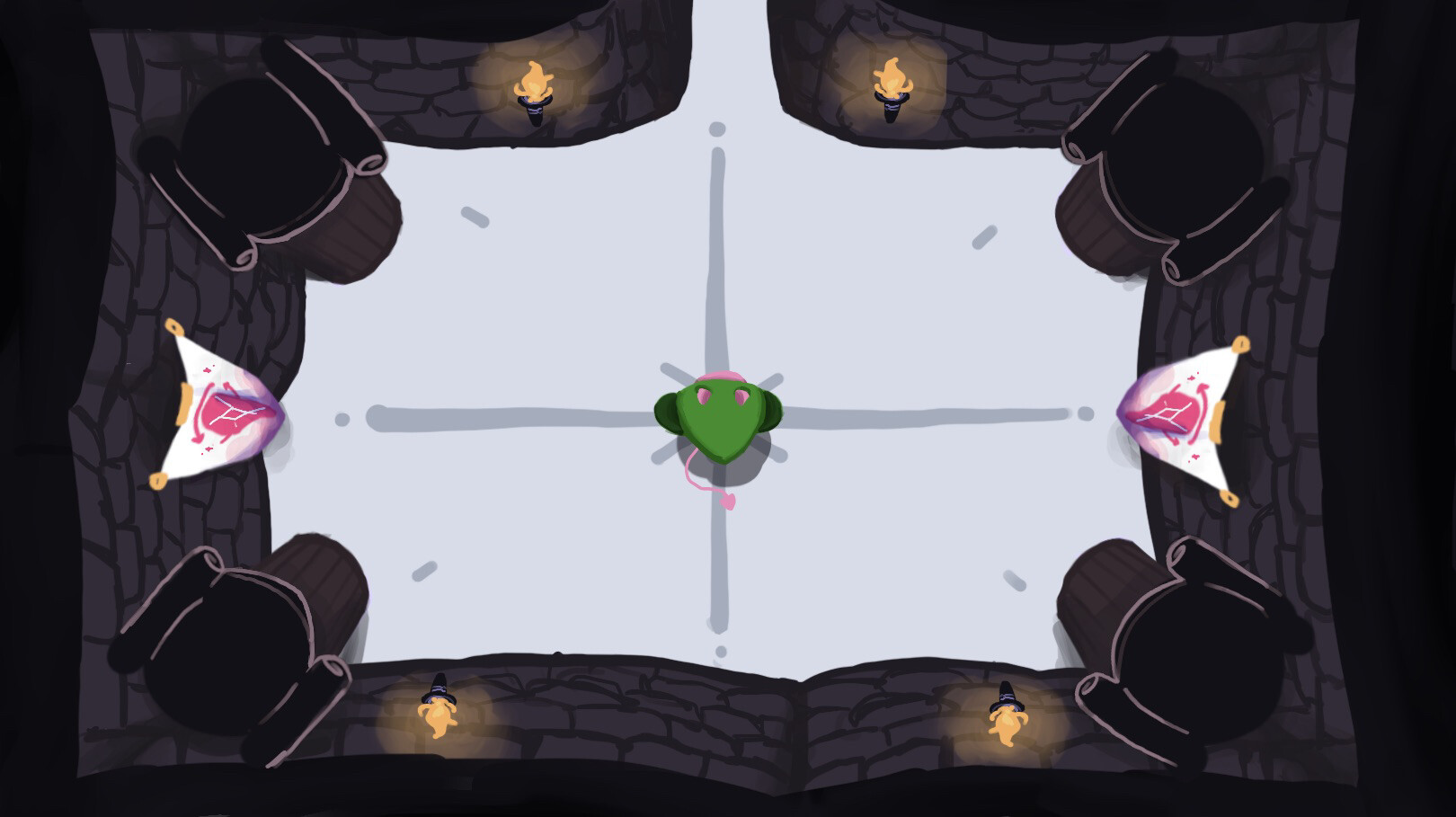 I painted the game's title screen, as well as the three key art pieces used in the game's introduction. This was done to help the game stand out and add some small narrative touches to what was otherwise a game without a story. 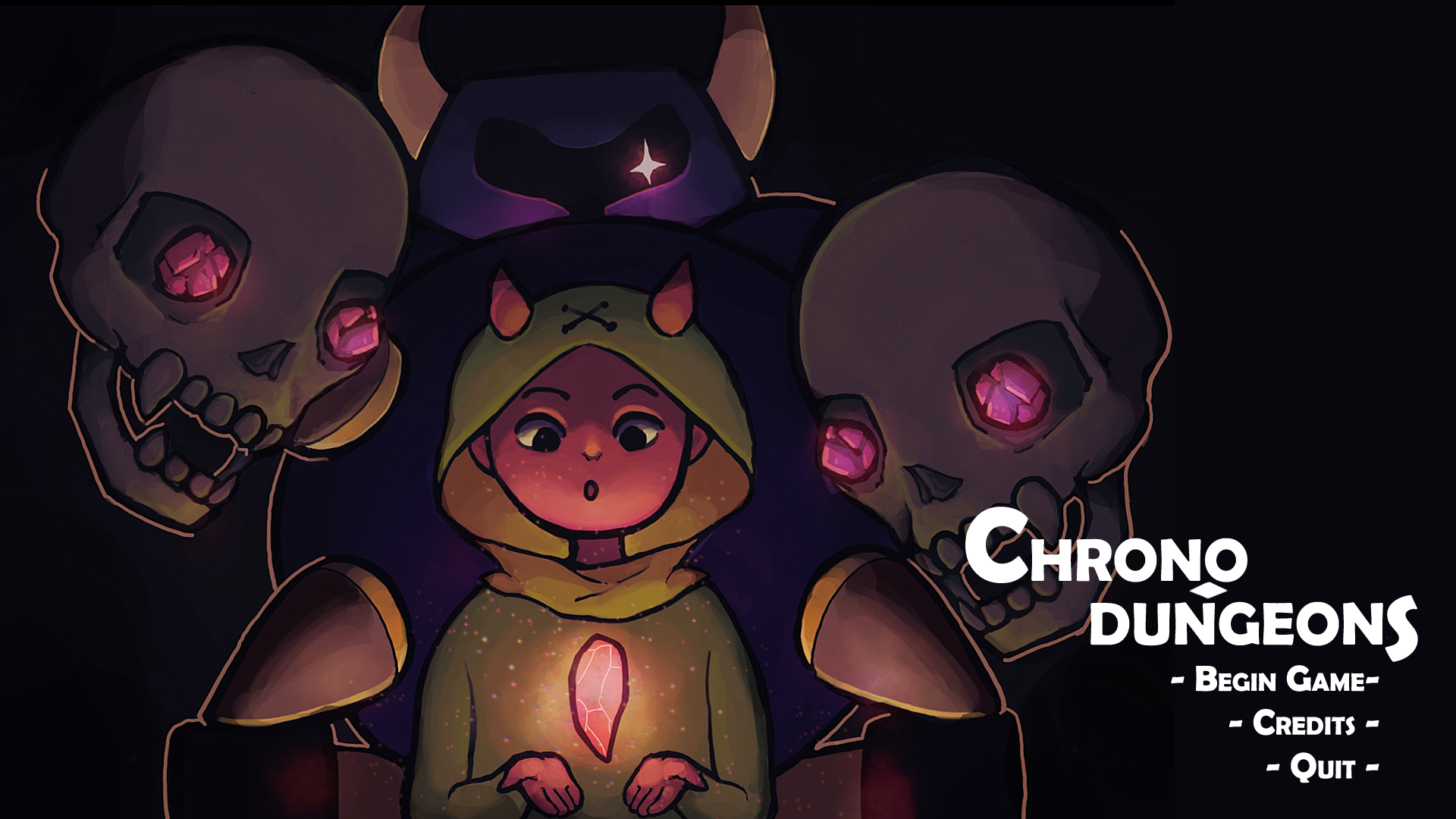 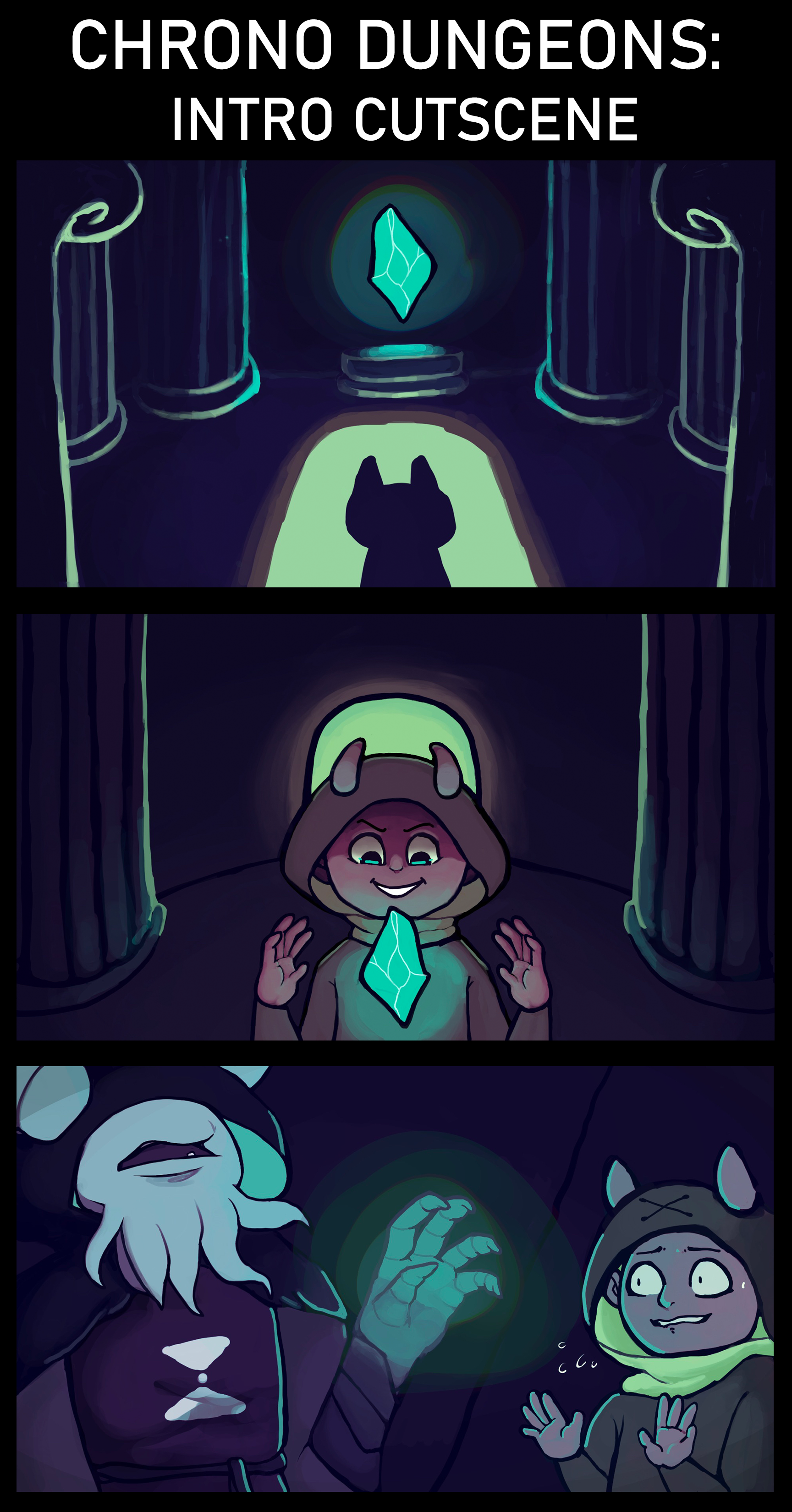